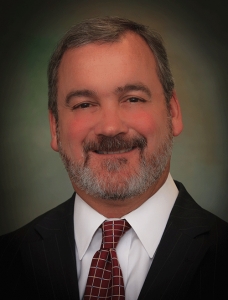 Bill’s extensive construction experience spans over a career of 32 years.  He is a native of the Washington, D.C. area.  Born in Alexandria, Virginia and raised in the suburbs of Northern Virginia Bill has seen the Washington D.C. area’s exciting development over the years.  His career started in 1983 with a large local general contracting company, located in Washington, D.C. After several years working as a general contractor, he joined a national real estate developer.  Working initially in their Washington D.C. office, Bill was quickly promoted to lead the company’s construction management division in Baltimore, Maryland.  He eventually found his way back to the general contracting side of the industry when he accepted a position with a national construction firm with a regional office in the Washington, D.C. market.  Bill was brought on as a project manager, but swiftly rose through the ranks to become a Vice President and Partner overseeing the company’s Mid-Atlantic division.  During his tenure, that spanned over 23 years, Bill grew the firms’ Mid-Atlantic division from a $20 million operation into a $200 million operation, ranking in the top 25 contractors in the Washington, DC area. Over the years Bill has overseen the construction of projects totaling in excess of $2 billion.  He has now founded McCloud Builders to better serve his long standing relationships in the Washington, D.C. market.

What Our Clients Say

"For over 35 years, Bill has consistently impressed with his professionalism and dedication to delivering projects on time and within budget. No matter how difficult the challenges, Bill works tirelessly to mitigate project issues and always leads with integrity. I look forward to working with Bill on future projects."